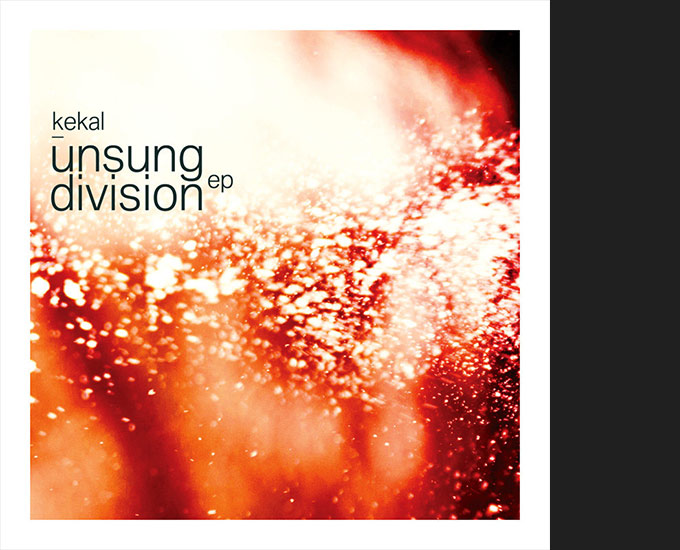 First 1000 downloads were given for free. By July 5, 2013 free download limit has been reached. The EP is now available for $1 from Bandcamp.

Since July 2012, Jeff has been working on the new material that was meant to be for the upcoming 2015 Kekal full-length album, with Leo working his own parts in-parallel. But Jeff felt that some compositions turned out to be a bit out-of-place with the rest of the album's general concept, so he decided to release the EP much earlier as a direct confrontation to all the unpleasant music he hears everyday on the radio at work. Jeff explained this EP as "a musical remedy in the form of some less structure-bound, almost generative, free-flow, 'jazzier' compositions."

Although Kekal has always been very diverse in nature, cohesiveness is also important in order to maintain an adventurous listening experience. This 4-track digital download-only EP caters some of the compositions that are deemed too 'far-out' from the rest of the music for the upcoming full-length album, and also presents a different side of expression in the musical world of Kekal.

Direct from Kekal @ Bandcamp (full streaming available on all tracks)

As the title "Unsung Division EP" suggests, I have to say it is an interesting release that could also divide your audience, because the huge amount of experimentation. What's the main reason behind the release of the EP? It came out as a surprise, almost spontaneous release that was pushed way ahead of schedule. It seems too early to make this EP as the next album's 'teaser', and also the release date was too close with your previous main release: the "Autonomy" album.

"Unsung Division EP" is actually a testament that I will keep going, keep making music no matter what the situation is.. Life goes on and so the music.. The date of release coincided with the fact that Kekal got another 1000 bonus download credits from Bandcamp, that we can only use them within a month.. This EP is mainly about the opportunity to seize the moment, so yes it was a spontaneous release.. The second reason is that I've been writing and recording new songs since July 2012, few months after finishing "Autonomy".. Originally I had a plan of recording new songs just for the upcoming 2015 Kekal album, by early 2013 a few songs have been completed for that album... but things went crazy in the February 2013, so then these 4 other tracks on the EP came about.. I didn't have a gut to really make true experimental pieces for Kekal, unless it was triggered by something unpleasant.. But when it did happen, these experimental pieces were like a direct response to that, like a remedy.. I'm on my spring and summer break now, so I won't do any music up until the end of this year.. I have some unfinished songs sitting in my computer, if they turned out to be too different to be included on the next full-length album, they may end up being released as another EP next year.. Let's see..

do you ever think Kekal is going to lose some fans again because they don't get the music? Or you don't really care?

Well, as I've always said many times, I don't consider music as my career at all.. It has never generated enough money to make a living.. Even with the most-selling album "1000 Thoughts of Violence", after 10 years the official album sales number never reached 10,000 copies, that's far from enough to make a living off it, and the other albums each never sold as many as "1000 Thoughts of Violence".. I rely on the normal 9-to-5 office job for a living.. Music is also my passion, yes it's true, but it can't support me and my family financially, so I put music 100% only as my self-actualization.. That means it is a zero compromise.. This way I've got a lot more freedom to write songs than if I put music as my career.. Here I only write and play what I like, and don't really want to know whether people will dig it or not.. Losing fans of certain type of music sub-culture is common if you chose to do what you love to do.. I mean, if you don't make music metal enough, metal fans who loved you when you played metal may leave you, because they love metal more than your music.. You know what I mean.. But on the other hand, there are many people who are into bands or artists instead of genres, because in essence, band can cross-over to different music styles, but if you do it honestly, the core is all the same.. There are people out there who love certain musicians or bands for what they do, no matter what music style they play, because they value quality and honesty of the music itself over the music styles.. I'm actually one of those kinds of people, when I listen to music, I'm into the musicians or bands, not the music styles or genres.. You can't measure music being good or bad based on styles alone, that's immature.. Since 2007 album "The Habit of Fire", Kekal has got solid and faithful enthusiasts that are not fans of specific genres of music, and I actually care for them.. You can never please everyone, but the most important thing, you have to please yourself first when making music, because that's the honest thing to do.. This is what I do when making music, being honest..

"The God Particle" is a really excellent piece of what I would call 'experimental dub music', with interesting percussive soundscapes and subtle beats that constantly evolve, and occasionally layered by a soothing analog synth, some guitars, and of course, your voice. But I was intrigued by the arpeggiated instrument solo in the middle section. What instrument did you use? Guitar, or synthesizer, or synthesized guitar?

Thanks.. I used a secret instrument for that section.. I won't tell you what it is, it wasn't a guitar nor a hardware synth.. I installed lots of music apps into my Android phone, some of them are actually great to work as a musical instrument.. That solo was actually me playing with the app on the phone, but the sound itself got extra treatment using a set of VST plugins after it was recorded.. This track, "The God Particle", was originally considered to be a part of the 2015 album, but I realized it would fit better on the EP instead..